Urbanisation: Cities on the front line of disaster risk reduction 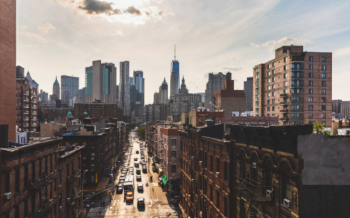 Urbanization is one of the 21st century’s most transformative trends. The majority of the world’s population now lives in urban areas, and by 2050 an estimated 66 percent will be living in cities, urban centers, peri-urban areas, and agglomerations. Some 90 percent of this urban growth is in the developing world. Cities generate more than 80 percent of global GDP, but they are often located in hazard-prone coastal areas, along rivers, and in seismic zones.

“Given the complex nature of urban risk, and especially given current projections for rapid urban growth in developing economies, a focus on urban areas and local level action is both central and urgent to achieve inclusive, resilient, and sustainable communities as understood in the Sendai Framework, the 2030 Agenda, the Paris Agreement and the New Urban Agenda,” says Mami Mizutori, Special Representative of the Secretary-General (SRSG) for Disaster Risk Reduction.

Increased urban development pressure can cause settlement growth in hazard prone areas and can destroy natural protective ecosystems that have historically mitigated the risks of landslides, flooding, and storms.

Often the areas most affected by these hazards are occupied by populations with the lowest adaptive capacity, such as slum dwellers, residents without land tenure, and migrants.

Most urban growth is occurring in middle and low-income countries, which often have reduced resources and capacity to manage and adapt to existing risk, let alone emerging hazards, resulting in greater susceptibility and exposure.

One of the biggest challenges for local disaster risk reduction is to make the investment case. With limited resources and competing demands for attention, national and local government authorities and communities do not always invest enough in risk reduction even though recovery and reconstruction can be more expensive. Short-term political calculations may add to this dilemma.

To overcome some of these challenges, UNISDR has identified three main enabling factors to support the development and implementation of appropriate disaster risk reduction.