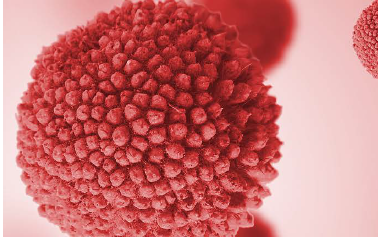 The 21st century has witnessed major epidemics and the return of old diseases such as cholera and plague. Such disease outbreaks have often been fuelled by climate change, environmental degradation, rapid urbanisation and water scarcity. Infectious agents are changing their behaviour and growing in scale.

“New pandemics are near certainties,” says Mami Mizutori, Special Representative of the Secretary-General (SRSG) for Disaster Risk Reduction. “The only unknowns are when and where the next lethal threat will emerge.”

In this year’s GAR, biological hazards take sixth place in the Sendai-compliant dataset of hazards. These hazards are either organic or conveyed by biological vectors, such as bacteria, viruses, or parasites. Venomous wildlife and insects, poisonous plants, and mosquitoes also carry disease-causing agents. At the extreme, epidemic infectious diseases affect millions of people every year.

This risk is also present when people lack immunity but migrate from diseasefree areas to endemic regions. The risk may change when emergencies such as droughts or floods exacerbate conditions favorable to the disease.

Many of the newly emerging or re-emerging viral infections have been transmitted from animals. Key drivers include contemporary farming, livestock production, and animal markets. Hunting, deforestation, and ecosystem breakdown can also facilitate the process.

War and political violence can also lead to disease. Yemen has suffered one of the worst cholera outbreaks in recent history, with more than 1.3 million suspected cases and 2,641 reported deaths since April 2017. The conflict has destroyed health, water, and sanitation systems. It has also caused widespread population movements and malnutrition.

Infectious diseases travel easily across national boundaries, so our global defences are only as strong as the weakest country’s ability to anticipate and prevent an outbreak. Biological hazards and their impact on global public health have raised awareness of the need for a collective and coordinated mechanism.

CASE 1
In 2012, Saudi Arabia identified the emergence of the Middle East respiratory syndrome (MERS), which entered the human population from contact with infected dromedary camels. The illness is similar to severe acute respiratory syndrome (SARS). At time of publication, there are concerns that the virus could cause a catastrophic epidemic in the Middle East and beyond.
CASE 2
The 2014-2015 Ebola Virus outbreak in Guinea, Liberia, and Sierra Leone killed more than 11,000 people. It cost an estimated 8.5 percent of Liberia’s GDP, 9.4 percent of Guinea’s GDP, and 4.8 percent of Sierra Leone’s GDP.
CASE 3
Plague is considered a disease from the past, but in 2017 a major outbreak in Madagascar saw 2417 cases and 209 deaths. The outbreak was linked to crowded living conditions in the capital, increased mobility, lack of disease awareness and poor infection and control (IPC) measures.
CASE 4
The 2018-2019 Ebola outbreak in the Democratic Republic of Congo, the country’s tenth outbreak in four decades, was officially declared on 1 August 2018. The outbreak is centred in a remote region, where geographic challenges and security hazards have hindered containment and management of the outbreak.

Antimicrobial resistance (AMR) has become another health threat, compromising the medical community’s ability to treat infectious diseases. Inappropriate use of antimicrobials in the medical field and unregulated use in animal husbandry and food products have combined with the natural capacity of microbes to acquire antimicrobial resistance to contribute to and accelerate the global risk of AMR. AMR is predicted to claim more lives and provoke massive increases in costs of management over the coming decades.

Community based actions and primary health care are core to strengthen community and individual resilience to all types of emergencies. Effective water, sanitation, and hygiene (WASH) planning can prevent or mitigate the risk of severe diarrheal diseases.

A national disease surveillance and early warning system that extends to community level is essential for the rapid detection and control of epidemicprone diseases.